Indonesia Prepares $40 Billion for a Metro to Rival Singapore’s 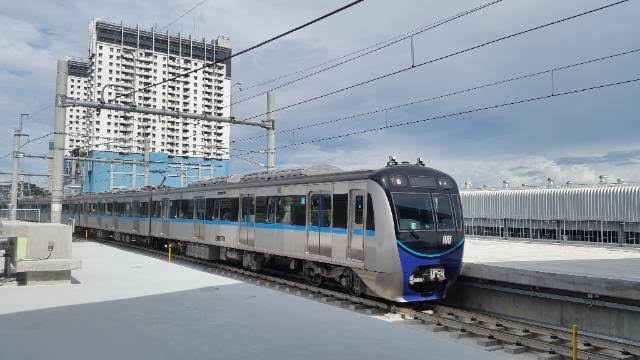 Indonesia is preparing to spend about $40 billion to extend Jakarta’s metro network, a bigger-than-expected outlay that’s poised to boost the country’s construction companies and reignite a rivalry between China and Japan over building the project.

The spending plan, detailed in an interview with the head of the operator of the capital’s subway, is part of President Joko Widodo’s ambitious roadmap to create a $7 trillion economy by 2045. While his administration has outlined a requirement to spend about $455 billion on infrastructure over the next five years, policy makers have until now revealed few specifics.

PT MRT Jakarta is currently selecting financiers to help fund the expansion, said William Sabandar, its president director. It’s seeking to add an additional six lines to the one that partially opened earlier this year, he said, which could rival Hong Kong and Singapore in terms of length. The decision to broadly extend the network may surprise some analysts who were expecting the operator to work only on completing the first line.

“We have a target of building 230 kilometers by 2030, that’s the masterplan,” Sabandar said in an interview in Jakarta. “We only have 16 kilometers right now, so the key is how we can do this in an accelerated way. We can no longer just build them one by one.”

Improving the country’s rail network is a crucial next step in Jokowi’s ambitions to develop the Southeast Asian country’s infrastructure, expediting the flow of goods and people and alleviating congestion, after he spent aggressively to build the toll road network in his first team.

But his efforts to date, which also include the construction of ports, dams and power plants, have put a strain on the banking system and the balance sheets of state-owned construction companies.

Indonesia will need assistance and funding from abroad for the plan to materialize, according to Yayat Supriatna, a transportation analyst at Trisakti University in Jakarta. That opens the door for China and Japan to renew their rivalry in the country, something that Indonesia will have to navigate, he said.

“We have to acknowledge that Indonesia doesn’t have the technical capabilities and the financial resources for this,” Supriatna said in a phone interview. By making Japan and China compete against each other, “we can make sure that we can pick the offer that gives us the best benefit.”

The two Asian powerhouses have both had success in winning rail-related projects in Indonesia. Japan was awarded the first subway line in the capital, while China secured the first high-speed train deal connecting Jakarta and Bandung.

“The Asian Development Bank and Asian Infrastructure Investment Bank are among those who are serious and have submitted financing commitments,” Sabandar said, adding that the Japan International Cooperation Agency has also expressed interest in the new lines.

The plan has some overlap with an earlier goal to spend about $43 billion to sort out the city’s traffic, which includes extending the MRT, completing 44-kilometer (27.3-mile) light-rail project, rejuvenating the bus system and developing overpasses and other toll roads.

In September, Indonesia signed an agreement with JICA for a 60 trillion rupiah ($4.3 billion) project to add an express line between Jakarta and Surabaya on the island of Java.

Indonesia has also commissioned a $6 billion, 142-kilometer high-speed train to connect Jakarta and Bandung, the capital of West Java. The project, which was awarded to China Railway International Co. and a consortium of Indonesian state companies, was scheduled to be completed last year but has faced several delays.

Indonesia is also planning to build train networks in Sulawesi and Kalimantan as well as connecting some of the country’s key airports with nearby cities by rail, according to a document from the National Development Planning Ministry.